Mike Parker – On The Red Hill 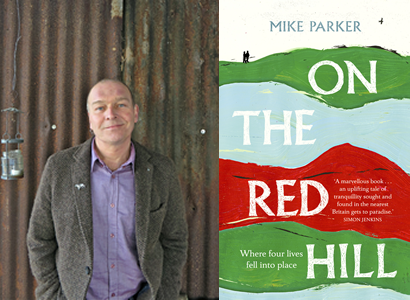 Join us for an evening in the company of Mike Parker as he talks about his superb new memoir On The Red Hill, telling the story of Rhiw Goch and its inhabitants in an intricately woven celebration of life in modern rural Wales and the redemptive power of nature.

In early 2006, Mike Parker and his partner Peredur were witnesses at the first civil partnership ceremony in the small Welsh town of Machynlleth. The celebrants were their friends Reg and George, who had moved to deepest rural Wales in 1972, not long after the decriminalisation of homosexuality. When Reg and George died within a few weeks of each other in 2011, Mike and Peredur discovered that they had been left their home: a whitewashed `house from the children’s stories’, buried deep within the hills. They had also been left a lifetime’s collection of diaries, photographs, letters and books, all revealing an extraordinary history. On the Red Hill is the story of Rhiw Goch, `the Red Hill’, and its inhabitants, but also the story of a remarkable rural community and a legacy that extends far beyond bricks and mortar. On The Red Hill celebrates the turn of the year’s wheel, of ever-changing landscapes, and of the family to be found in the unlikeliest of places. Taking the four seasons, the four elements and these four lives as his structure, Mike Parker creates a lyrical but clear-eyed exploration of the natural world, the challenges of accepting one’s place in it, and what it can mean to find home.

‘A moving, multilayered memoir… extraordinary, ambitious… its scope is immense. A book that is deep in riches.’ Simon Callow, Guardian

On the Red Hill is our Book of the Month for June and we’re delighted to welcome Mike Parker back to Booka to talk about this marvellous, uplifting book of people and place. We feel sure it will always have a place on our bookshelves!

Tickets: £5 (redeemable against a signed copy of On the Red Hill). Includes a glass of wine / soft drink on arrival.