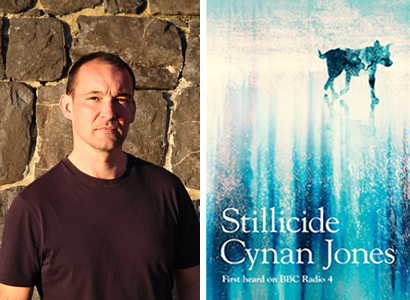 Join the award winning writer of short stories, Cynan Jones, as he talks about his new novel Stillicide, a series of interconnected dystopian stories telling of a future Britain fighting for water….

Water is commodified. The Water Train that serves the city increasingly at risk of sabotage. As news breaks that construction of a gigantic Ice Dock will displace more people than first thought, protestors take to the streets and the lives of several individuals begin to interlock. A nurse on the brink of an affair. A boy who follows a stray dog out of the city. A woman who lies dying. And her husband, a marksman: a man forged by his past and fearful of the future, who weighs in his hands the possibility of death against the possibility of life.

From one of the most celebrated writers of his generation, Stillicide is a moving story of love and loss and the will to survive, and a powerful glimpse of the tangible future.

Cynan Jones is the author of five short novels: The Long Dry; Everything I Found on the Beach; Bird, Blood, Snow; The Dig; and Cove. He has been longlisted and shortlisted for numerous prizes and won the British Short Story Award 2017. Stillicide was commissioned for and read on BBC Radio Four.  We’re delighted to welcome Cynan to Oswestry!

Tickets: £5 (redeemable against a signed copy of Stillicide). Includes a glass of wine / soft drink on arrival. Tickets available from the bookshop, or purchase online (with booking fee).