An Evening with Louis Theroux 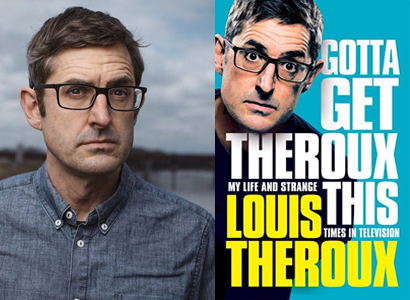 Booka Bookshop are thrilled to present an evening with documentary filmmaker, journalist and much loved broadcaster Louis Theroux as he reflects on life and strange times in television.

In 1994 fledgling journalist Louis Theroux was given a one-off gig on Michael Moore’s TV Nation, presenting a segment on apocalyptic religious sects. Gawky, socially awkward and totally unqualified, his first reaction to this exciting opportunity was panic. But he’d always been drawn to off-beat characters, so maybe his enthusiasm would carry the day. Or, you know, maybe it wouldn’t…

In Gotta Get Theroux This, Louis takes the reader on a joyous journey through his life and unexpectedly successful career. Nervously accepting the BBC’s offer of his own series, he went on to create an award-winning documentary style that has seen him immersed in worlds as diverse as racist US militias and secretive pro-wrestlers, the violent gangs of Johannesburg and extreme drinkers in London.

Arguably his biggest challenge was corralling celebrities in his When Louis Met series, with Jimmy Savile proving most elusive. Blindsided when the revelations about Savile came to light, Louis was to reflect again on the nature of evil he had spent decades uncovering.

Join Louis Theroux as the master interrogator reveals what makes him tick, the challenges he has faced and what he really thought of those he has interviewed during 20 years of groundbreaking television. Don’t miss this fantastic opportunity to see Louis Theroux ‘live’ in Oswestry!

Louis will be ‘in conversation’ with author and screenwriter Adam Hamdy. Adam is the author of the Pendulum trilogy, a series of conspiracy thriller novels. Black 13, the first novel in a new series is published in January 2020.

Tickets: £20 (includes a signed copy of Gotta Get Theroux This). Tickets available from the bookshop or purchase online (with booking fee).