An Evening with Kirsty Wark 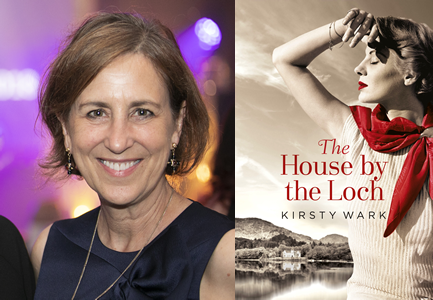 Join journalist, broadcaster and writer Kirsty Wark as she talks about her highly anticipated second novel The House by the Loch.

Inspired in part by Kirsty’s childhood memories and her late father, The House by the Loch is a story about the bonds between generations, the need to belong and the devastating consequences of long-hidden family secrets that refuse to lie buried in the past….

Scotland 1950s. Walter MacMillan is bewitched by the clever, glamorous Jean Thompson and can’t believe
his luck when she agrees to marry him. Neither can she, for Walter represents a strong, steady and loving
man who can perhaps quiet the demons inside her. Yet their home on remote Loch Doon soon becomes a
prison for Jean and neither a young family, nor Walter’s care, can seem to save her.

Many years later Walter is with his adult children and adored grandchildren on the shores of Loch Doon,
where the family has been holidaying for two generations. But the shadows of the past stretch over them and
will turn all their lives upside down on one fateful weekend.

Kirsty has presented a wide range of BBC programmes over the past thirty years, from the ground-breaking Late Show to the nightly current affairs show Newsnight. She has been celebrated for her formidable talent throughout her career, most notably with her multiple BAFTA Awards for Outstanding Contribution to Broadcasting, Journalist of the Year, and Best Television Presenter.

After the success of her debut novel The Legacy of Elizabeth Pringle, we’re thrilled to welcome Kirsty Wark to Oswestry during Independent Bookshop Week. Don’t miss this chance to see and meet her!