When Louis Theroux Came to Booka

Posted on 21st September 2019 by Rebecca 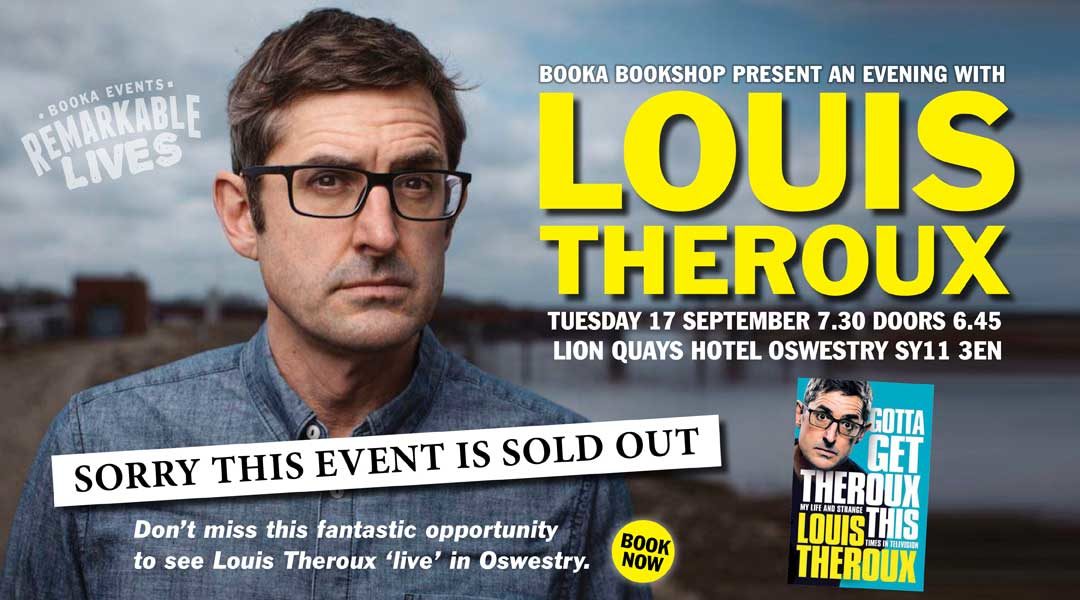 “If your car is stopped by the police in the US,” explained Louis to the Booka audience, “the best approach for a British person, is a sort of bumbling incompetence with a good measure of flattery. ‘Oh dear, I’m awfully sorry officer, I wasn’t speeding, was I? I was just so impressed by your beautiful American scenery I didn’t realise how fast I was driving.’ This however,” he continued, “wouldn’t cut it in Lagos, Nigeria.” Thanks to training by the BBC for filming in dangerous locations, he is able to give some sage advice if you are stopped. Do the minimum you can get away with: open the window just a crack, barely acknowledge their presence, never get out of the car, and certainly don’t let them split your group up.

Louis Theroux is the master of in media res (in the middle of the matter), a technique used by Hollywood, where a film might start with an action sequence, before any plot is revealed, and in journalism, where it is dubbed ‘The Wall Street Journal Method’. You launch right into the heart of the story, usually a shocking personal event, before zooming back to the wider issues. Rather than the first scene of one of his documentaries being Louis, behind the wheel of a car, explaining that they are going to LA to investigate the alarming rise of violent dog ownership, instead it will just be Louis, with all his charm, mildly asking a scary-looking drug dealer if his dog has ever killed anyone.

Gotta Get Theroux This is Louis Theroux’s highly anticipated autobiography. It is not his first book; Call of the Weird (2005) saw Louis travel round the US revisiting some of the stranger characters from his TV series. This book is the real back to the beginning deal. Starting, as you would expect, not with his parents’ first meeting, but with a vivid reflection on participating in a polyamorous ‘feeding’ event, Louis then goes back to his unexpected childhood, painful adolescence, and the extraordinary sequence of events which led him to making his bizarre documentaries all over the world.

On the 17th of September, several days before the general release of the book, 500 lucky Theroux fans gathered at the Lion Quays Hotel. Not only had the tickets for this particular event sold out in a record 48 hours (with a 50+ person waiting list), Booka was hosting the only book signing for an independent bookshop. Despite the fact Louis was not due on stage until 7.30, by 6.55 more than half of the seats in the room were full. All around, people were discussing their favourite Theroux documentary (Scientology, Saville, porn, post-partum psychosis – words that only belong in the same conversation because Louis dared to talk about them). It was clear that the room had more than its fair share of Theroux mega fans.

Louis was in conversation with Adam Hamdy, one of our fantastic local authors. Louis, the master of the killer question, and now in the other seat, submitted quite happily to being questioned by Adam, but light-heartedly graded each question. Adam must have impressed his superstar interviewee however, as Adam was awarded an A grade at the end of the night! In the hour of chat, Adam’s A grade questions gave Louis the freedom to talk about the book (his father initially wasn’t impressed with the book, mainly because of the limited dad references), the strain the filming took on his family, his overwhelming sense of his own inferiority, his career origin story, some of the wonderful characters he met while making his documentaries, and his plans for the future. Humour (and he was very funny) went hand in hand with brilliantly inciteful perception, just like on-screen.

Louis also took questions from the audience. Considering the presence of mega fans, these were predictably varied. Louis explained his religious beliefs, or lack of them, gave ‘life advice’, explained how to engage with anybody, how he kept calm when dealing with ‘very bad people’, and told us his favourite book. This favourite book, Love in the Time of Cholera (1985) by Gabriel Garcia Marquez, is perhaps on the surface, an unexpected choice; Louis said that he loved ‘the excessive fantasy of it’. Critics have long argued whether Love in the Time of Cholera should be taken literally, as a depiction of violent excessive lovesickness, or something more complex. The author Marquez has said in an interview that we “have to be careful not to fall into his trap.” Louis could definitely say the same.

And the book? It’s brilliant: genuinely funny, full of surprising facts, many unknown even to the devoted fan, intelligent and utterly relatable. It’s reassuring to find out that Louis thinks and feels like you, yet has lived a life few could dream of. Everyone who attended the event received a signed copy, and had the chance to pose for a picture. Although the book is now on general sale, we still have a few signed copies available, and if you would like a copy that Louis has definitely touched, you can order one here, while stocks last. It’s a must-read for any Louis fan.

Sad you missed out on this one? We are too! However, we still have lots of great events coming up in the next few weeks: Gyles Brandreth, with his new book on poetry, on the 26th of September, Richard Humphreys, on life in a nuclear submarine, on the 1st of October and Lindsay McCrae, Antarctic Cameraman on the 22nd of October. As always, if you don’t want to miss out, you can subscribe to our newsletter to hear about our latest events. Hope to see you at another event soon.