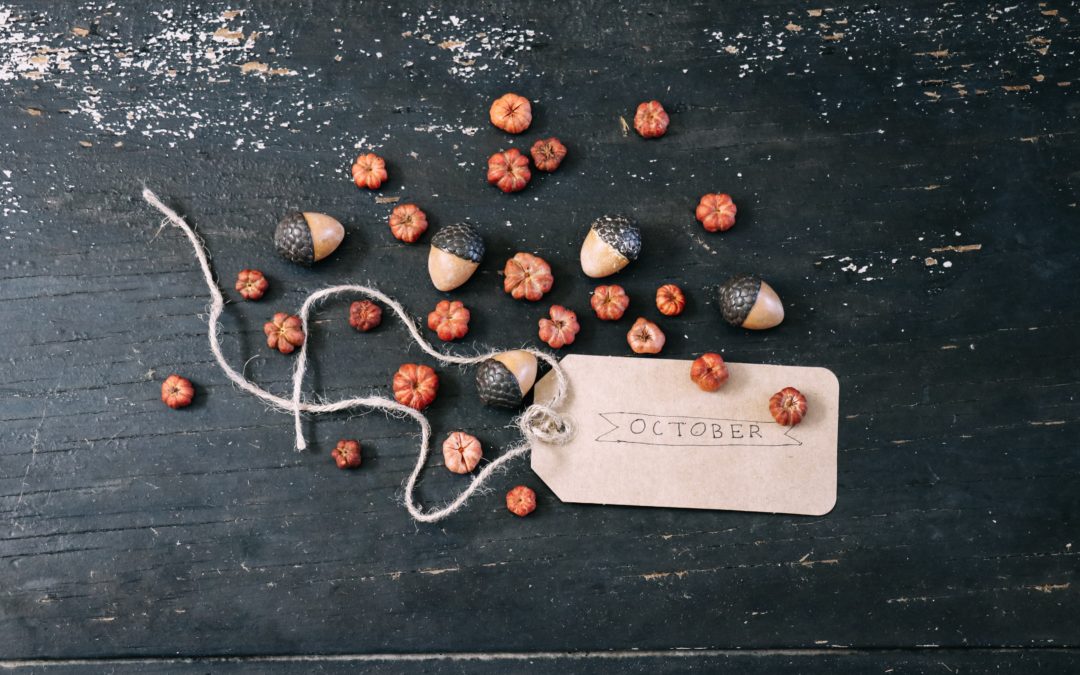 Yes, it is nearly the end of the month, but what a fantastic October it’s been at Booka! On the 5th of October (which also just happened to be UK Bookshop Day) we celebrated our 10th Birthday, followed with a day of bookshop jazz on Sunday the 6th of October. It was a wonderful milestone for us all and a reminder that the independent bookshop still has a very important place in the 21st-century high street. Always wondered what it is really like to own a bookshop? You can still read our interview with Carrie here as she reflects on ten years of bookshop ownership.

October is racing ahead, but it’s not too late to look at the great reads October has in store. Nights are darkening, half term is approaching for many, and as always there have been some fabulous books published this month. Let’s dive in.

The Secret Commonwealth by Philp Pullman. The middle book in a trilogy is always a challenge, especially when the narrative is picked up almost twenty years later (and there is another complete trilogy in the middle). Lara is now twenty, troubled and in danger. She and Pan (her daemon) have never quite forgiven each other for what happened in the World of the Dead all those years ago. Pullman likes his characters to travel, and this is no exception. This time the direction is eastward. Old characters reappear, new characters are boldly drawn. The Secret Commonwealth is never going to satisfy, as much is left unresolved for the final work, but it’s wonderful while it lasts.

Film studios reliably churn out mild to extreme horror this time of year, but if you fancy a chilling read for your October nights, you could try Frankissstein by Jeanette Winterson. Up against some outstanding competition in this year’s Booker Prize, it didn’t make the shortlist, but is still a magnificently terrifying depiction of what might be our not-too-distant future. Spanning multiple time periods, Frankissstien could be called a darkly humorous retelling of Mary Shelley’s Frankenstein, but this doesn’t do justice to the re-gendering, the ethical horror and creativity Winterson champions. Horror is always scarier when it might be true, and the modern monsters of Frankissstein are all too possible if science marches ahead unchallenged.

If the current state of a country is a result of all the events that have ever happened in it, then Russia would take some unravelling. It is 102 years since the October Revolution that set Russia on perhaps the most radical restructuring seen in the Western World: absolute monarchy to experimental communism in a few short days in October 1917. To understand the October Revolution, you really need to understand the man behind it, and Tariq Ali’s The Dilemmas of Lenin: Terrorism, War, Empire, Love, Revolution (2014) comes as close as any to an intimate portrayal of the enigmatic Bolshevik. Demonstrating that Lenin struggled with issues many leaders face today – is terrorism ever acceptable? Are wars over territory justifiable? Does politics need a party? Was Lenin right to think that revolution needed to be continuous? Ali demonstrates that sometimes individuals can change nations and reflects on Lenin’s legacy in Putin’s Russia in a troubling conclusion (and you thought Halloween was scary).

Defying categorisation, and sure to be a bestseller up to Christmas and beyond, this month saw the release of Charlie Mackesy’s The Boy, The Mole, The Fox and The Horse. If you haven’t had the pleasure of experiencing his profound inkwork characters and their messages online, you might wonder how you have made it this far without them. Met with universal praise, the boy and his animal companions share gentle messages of kindness, compassion and friendship, hailed as the perfect anecdote to modern life’s relentlessness. Perfect as a gift for someone you care about, or as a much-deserved reward for yourself, you will be a better human for reading this.

Our flurry of September events might have seemed a hard act to follow but when you have two writers who have challenged the limits of human endurance, we could be sure of two evenings of excitement. Richard Humphreys joined us on the 1st of October to discuss his submarine exploits. Offering insights into a way of life most can barely imagine, Under Pressure is Humphrey’s thrilling account of life on a nuclear submarine during the cold war. From underwater extremes to the bottom of the world, the 22nd of October saw Lindsay McCrae recount the events of My Penguin Year: Living with the Emperors. McCrae is a BAFTA award-winning cameraman who worked on the BBC Dynasty series and his account of his years spent working in the Antarctic winter capturing footage seen by 8 million viewers was fascinating. Signed copies are still available to buy online here as well as in-store, while stocks last.

With half-term coming up, we also have two great events to keep your young readers reading. First, get ready for Halloween with Christopher Pumpkin. Our October Crafternoon is on Sunday 27th of October (1.30-2.30) for 4+. Christopher Pumpkin is a bit different. He doesn’t like scary things; he would rather make fairy cakes and hang up bunting. How is he going to survive Halloween? Come and find out in this charming story by Sue Hendra and Paul Linnet and get stuck into some spooky-themed crafting (cost £3).

Or looking for something to keep the older ones busy during half-term? Try our Spooky Adventure Workshop (7+). Working with a Halloween theme we will be taking inspiration from Jan Von Holleben’s Photo Adventures to create some unusual and unexpected photos. Bring your own fancy dress, grab some props and let imagination do the rest. Your ticket to this event includes not only your very own copy of the book Photo Adventures and refreshments, but also a digital and print version of the amazing photo you will create. (Wednesday 30th October 10.30-12.30, tickets £15).

November will soon bring some great events to Booka. As always, you can subscribe to us to make sure you don’t miss any of our news or upcoming events. Keeping reading and hope to see you at Booka soon.

Photo by Debby Hudson on Unsplash