Books of the Month: August 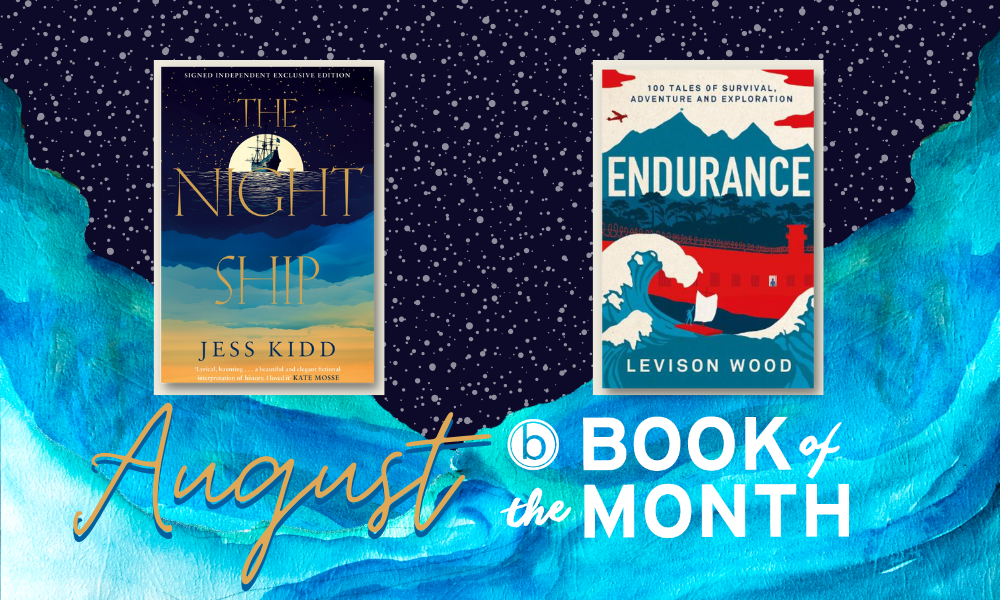 Based on a real-life event, an epic historical novel from the award-winning author of Things in Jars, that illuminates the lives of two characters: a girl shipwrecked on an island off Western Australia and, over three hundred years later, a boy finding a home with his grandfather on the very same island.

The Night Ship is a dark and atmospheric novel, inspired by the historic shipwreck of the Batavia, which follows the experiences of two troubled children. Set across two time periods over three hundred years apart, both navigating the untimely deaths of their mothers and being uprooted from their homes. In 1628 Mayken, a newly motherless young girl, is aboard the Batavia. Her destination the Dutch East Indies and her unknown father. Surrounded by the vast, cold ocean, this curious, imaginative child becomes convinced that a supernatural monster haunts their journey, the cause of all their sickness and unhappiness. Her explorations into the darkest recesses of the ship captures the secrets, disputes, darkness, claustrophobia and, as everything unravels into inevitable mutiny and shipwreck, reveals the growing evil in men’s souls. Meanwhile in 1989 Gil, a disturbed and lonely young boy with a dark past, has been sent to live with his grandfather on a tiny, bleak island off the coast of Western Australia, the site of an old shipwreck. This remote fishing community is beset with historic tensions which, aggravated by Gil’s arrival, spirals out of control into violence.

Both children are isolated and at the mercy of strangers’ kindness or wickedness; both are drawn to myths and supernatural tales to make sense of their changed circumstances. This is a haunting exploration of trauma and fear. Unnerving, visceral and strange ‘The Night Ship’ breathes threat and unnatural dread, lingering long after you turn the final page. – Ruth (Bookshop Manager)

‘Weaves a spell around the reader, transporting them across centuries, between a doomed ship and a dying island. The result is a true work of magic, and one that will haunt me for years’ – V.E. Schwab, author of ‘The Invisible Life of Addie LaRue’

We are always captivated by tales of courage and bravery, of world-firsts and death-defying experiences. In this anthology, explorer and bestselling author Levison Wood has gathered 100 of the most fascinating accounts of human endurance throughout history.

All of these extraordinary stories celebrate the enduring nature of the human spirit, and show the mental and physical determination it sometimes takes to achieve one’s aims. This varied and compelling collection will take you on an adventure around the world, but also on an emotional journey exploring what it means to be human.